My Mother met my Father at the Academy of Fine Arts in Cracow in 1973. They were both beginning studies at the Painting Department. The times were harsh. Communism had changed every day life into struggle. Both of them came from the homes with quite modest material status, yet – all the wanted, all they craved was to make art. So they did. Anna Karpowicz (nee Wiejak) and Sławomir Karpowicz.
The atelier of Jan Szancenbach, open minded, demanding, but supportive Professor, was a good environment for the young couple to develop their skills and talent. Also, it was a friendly environment to welcome the new member of the family – me. I was born in 1976. In 1978 all three of us graduated with MA degree. In 1985 my Sister, Katarzyna Karpowicz was born.
Our home was filled up with an artistic atmosphere. Artists of all kinds – painters, musicians, writers were visiting us almost every day. Not all of the talks, chats, monologues, songs were ABOUT the art, but most of it WAS art.
My Sister, who from the early childhood was an art prodigy, was actively engaging in a creative interactions with our guests. This super intelligent and talented little girl could draw and paint almost anything and she was not hesitating to defend her artistic stand. While Kasia was soaking the artistic vibe, I was very often tired of it, badly craving a contact with “normal people”.
But to both of us, just having a pile of blank pages and some pencils was the biggest joy. Painting, drawing was like breathing. My Sister, to these days, often underlines this almost physiological connection that artists have with painting.
Most of our childhood and teenage years we lived in the studio rented from the Academy of Fine Arts. It was a place with the history. It used to belong to Olga Boznańska. From the windows of her big, greenhouse like atelier and small kitchen we could see the view that did not change much since Olga’s times. You could feel her spirit there.
We were lucky to observe both of our Parents working. Many of becoming artists, after finishing studies has only a vague idea how the real life of an artist looks like. They need to work out certain things for themselves. We could see that in practice. Being a painter requires a great devotion to your work, it involves you 24/7. You simply never stop being a painter. It gives you a rewarding feeling of satisfaction, but also guarantees a lack of financial stability.
We could also observe how different can two painters can be in their artistic temper, way of work. Our father after graduation became an assistant of Jan Szancenbach, (later – a professor himself). He was sharing his life between the atelier and the Academy. Our Mother stayed at home with us – but her passion for painting and hard working attitude allowed her to create and take care of two children, at the same time.
It wasn’t easy. Relationships can be hard, relationships between the artists – even harder. Yet they were the best friends and in a way, artistic soul mates. My Father died in 2001, at the age of 49, cancer.
So, me and my Sis we knew what we get into when we decided about our life career. I got my own MA degree in 2001, my Sister – 9 years later. We both studied at the atelier of Leszek Misiak, Painting Department. All of us chose the path of art. It surprises some people, but to us seems to be a natural choice.
On 28th of May, a friendly space of Raven Gallery (Cracow) hosted a small family exhibition: “4xKarpowicz”. Each of us showed a choice of recent pictures, we also chose some of the works of our Father, including those never exhibited before. Here is a few photos from the exhibition. 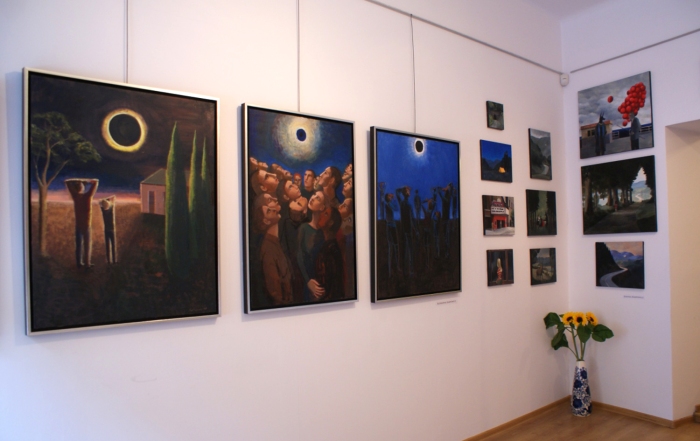 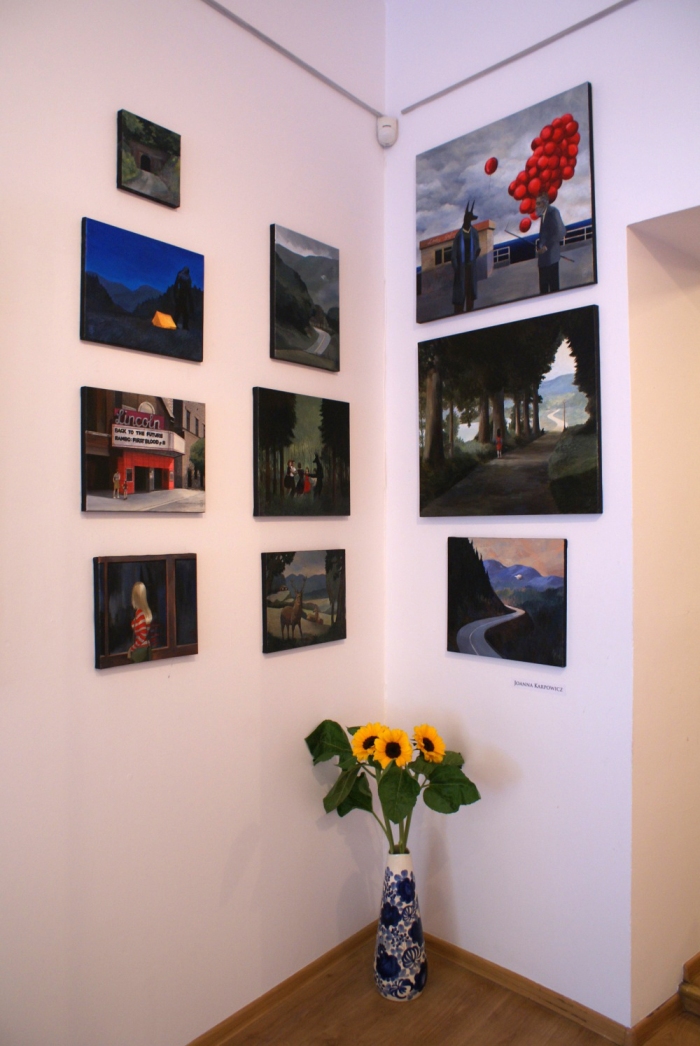 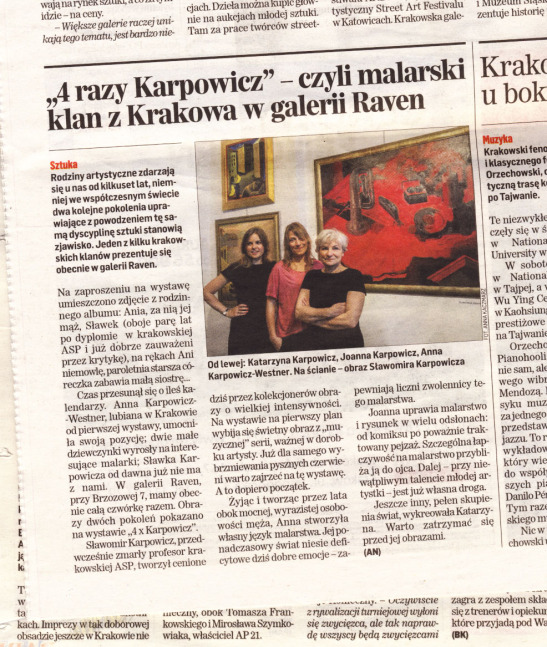