The Four Horsemen of the Apocalypse are described in the last book of the New Testament of the Bible. This short story, written by Grzegorz Janusz is entitled: “Koń świata” (“świat” (here declinated) means “world” in Polish, “koń” means “horse”, “koniec” means “the end” – so you can figure out the word play.
Grzegorz Janusz is the awarded writer and scriptwriter (Grand Prix at the International Festival of Comic and Games 2010 in Łódź, First prize in 2003, the prestigious Arte-Glenat Prize for the comic album entitled “Esensja” – art by Krzysztof Gawronkiewicz). His scripts are strong, witty and have a great pace. I dared to ask him for a script and I got one! Very challenging, judging the fact that I’ve never painted a horse before. I tried to avoid the subject for as long as it was possible, but nature is cruel and revengeful.

So here they go, The Four Horsemen of the Apocalypse, showing of with their powers, riding along the Equator. Unfortunatelly they are unlucky, one by one – they die. At the end there is only Death. And she is just about to find out why her horse was so sloppy on the way, oh – the shamefull truth…

The story was published in the catalogue of 25th International Festival of Comic and Games 2010 in Łódź. 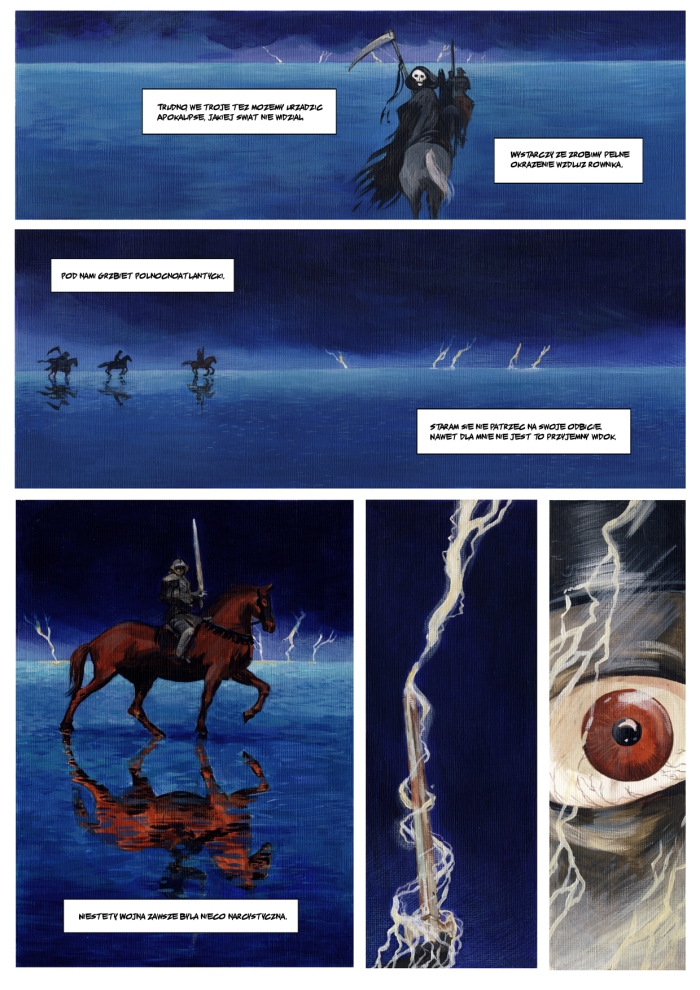 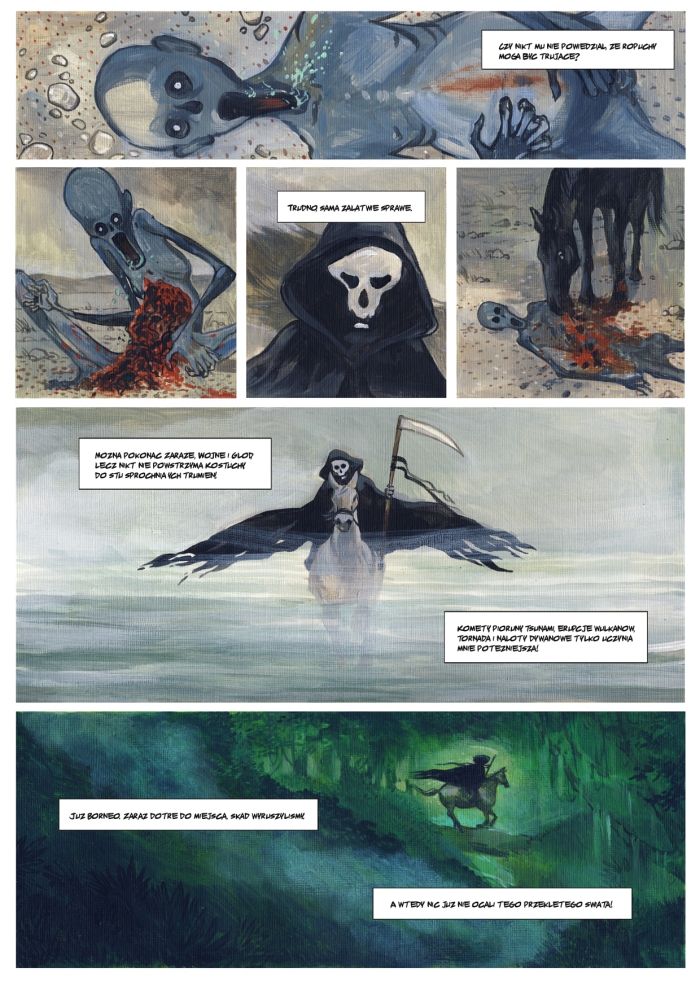