It has begun! My work as a storyboardist for “Grain of truth” (movie directed by Borys Lankosz, based on the bestselling novel “Ziarno prawdy”, by Zygmunt Miłoszewski) had started unexpectedly from an improvised construction of the dungeons. This underground location plays a significant role in the movie. Models, made out of 30 kg of clay, cardboard, tons of duct tape, empty plastic bottle and a lot of weird little objects, were created after the sketches prepared at the scenography department – lead by a superb Polish scenographer, Magdalena Dipont. We made a lots and lots of photos, trying to get the best frames, using candles as a source of light. 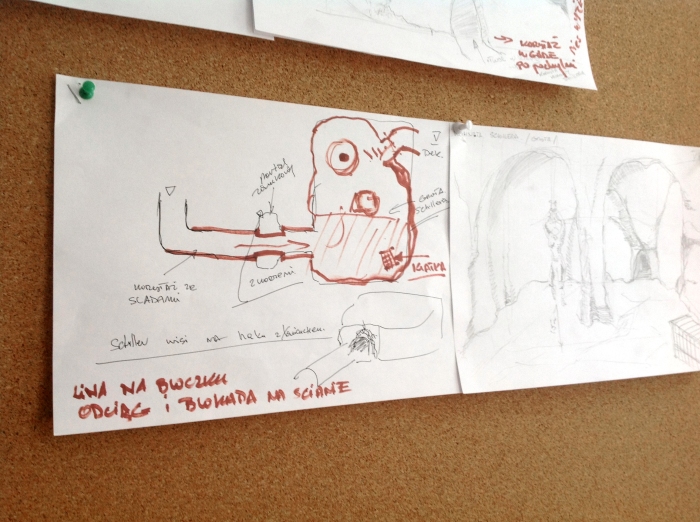 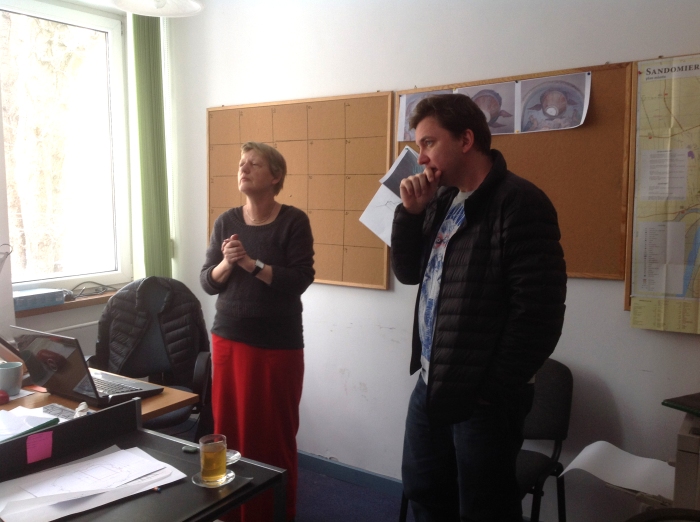 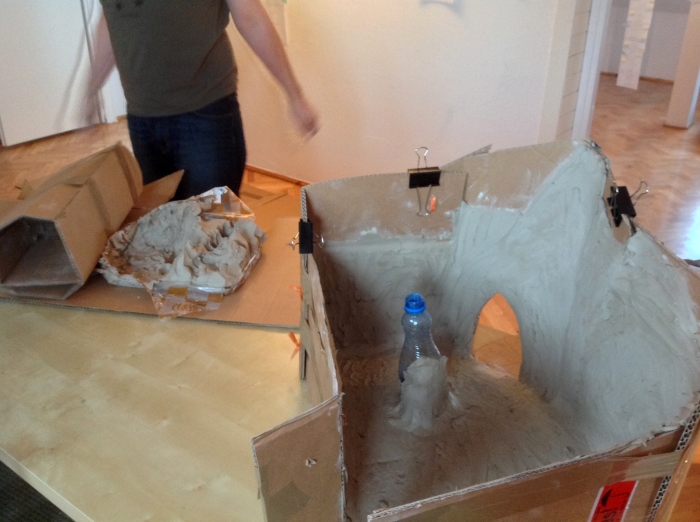 A model of chamber made by me (with Borys help), based on the sketch (early stage). 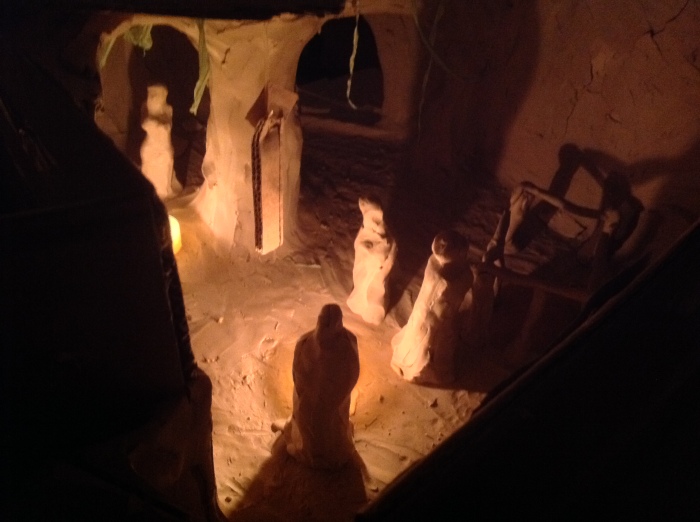 Clay “actors”, standing arround “the hang man” – made out of piece of cardboard 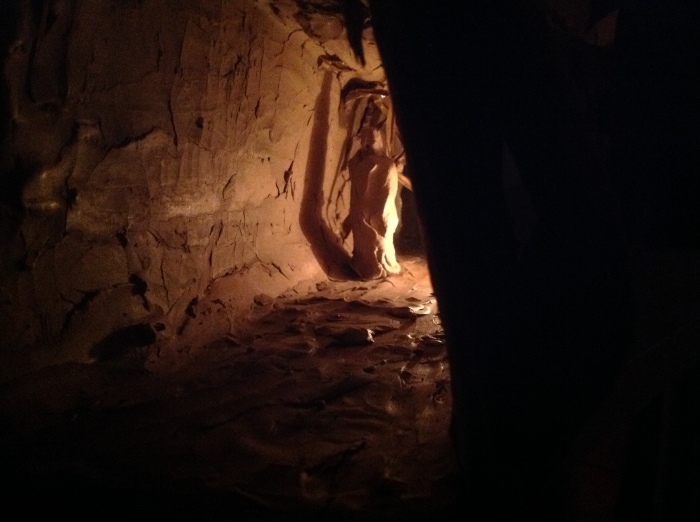 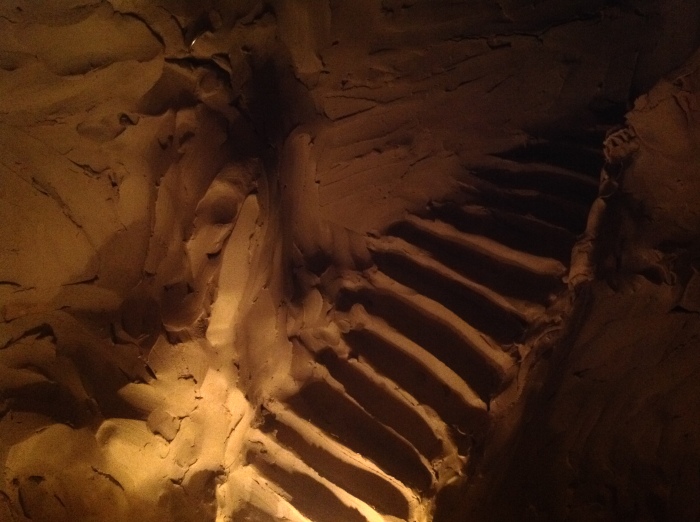 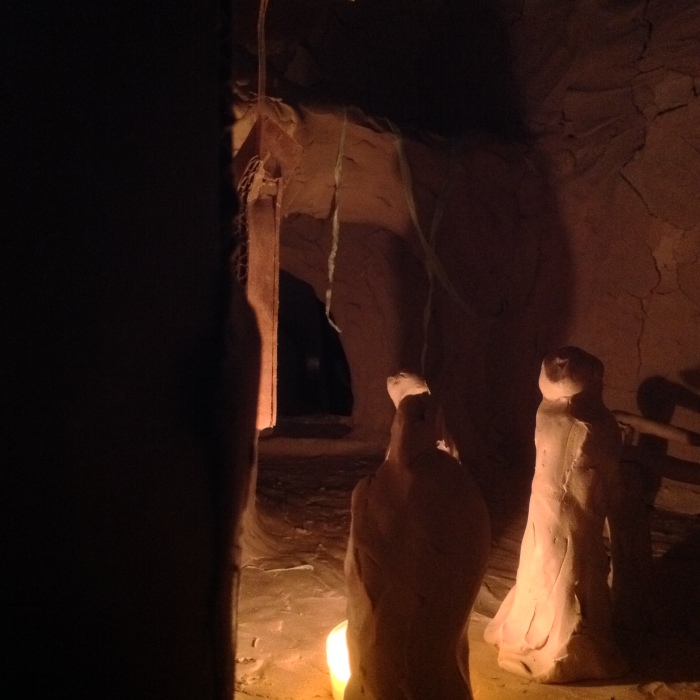 Precious experience, interesting conclusions. Somebody might ask: why not use 3D renderings? Well, I’ll tell you, this paleolitic method worked very well for us. It moved imagination, brought some cool ideas. I’m proud to work as a part of the team. 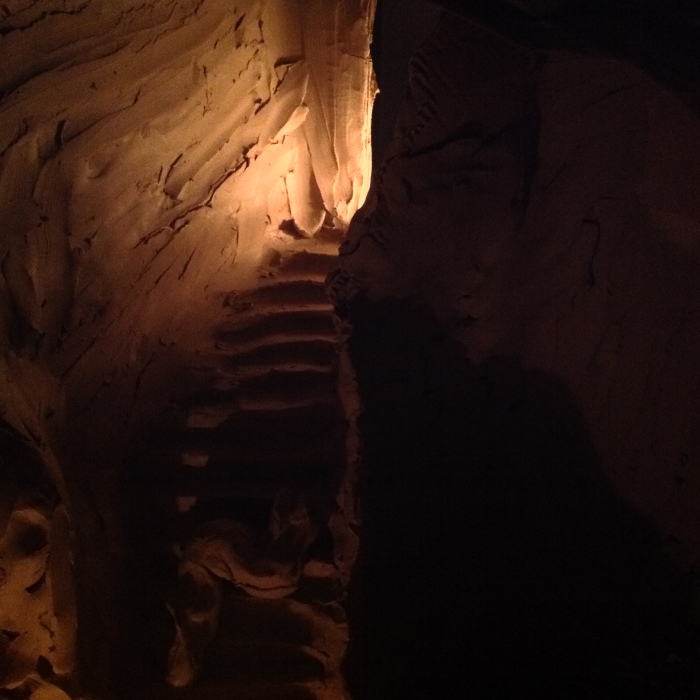 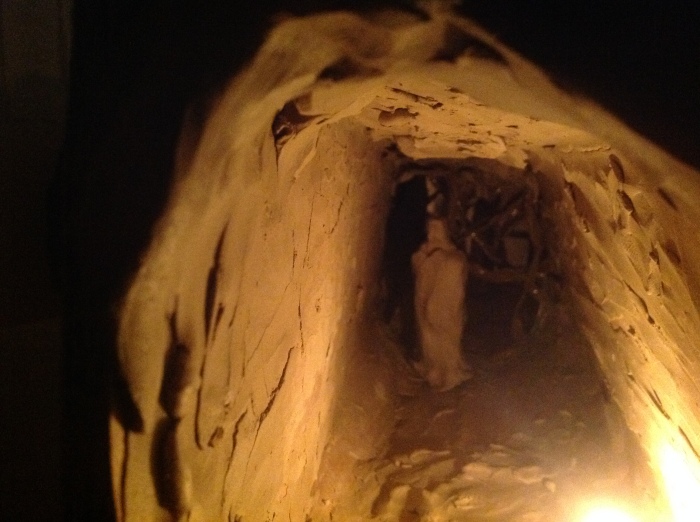 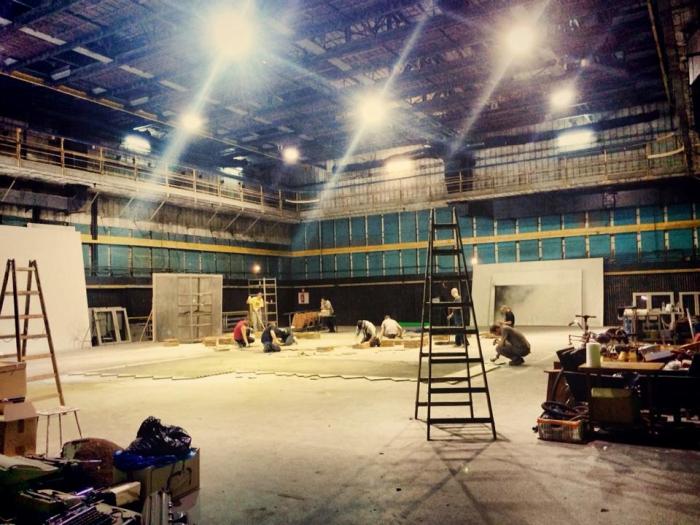 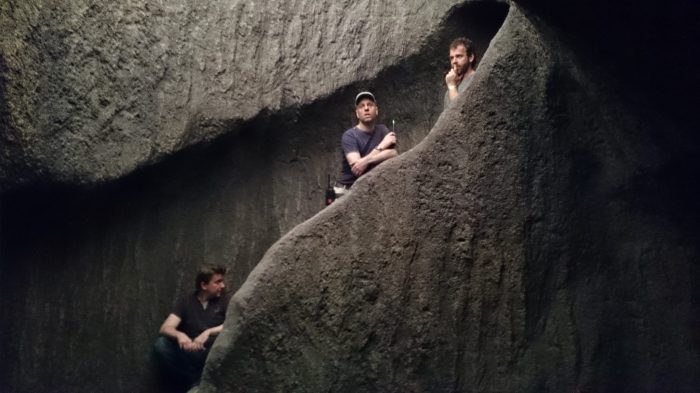