“Lipstick” (polish title: Szminka) was my first published comic book (Mandragora, 2003 / ISBN 83-89036-64-9). The story was written by Jerzy Szylak, polish theorist of literature and culture and a scriptwriter, known for his passion for dark, criminal plots. As he describes it: “Lipstick is about crime, the one committed in a dark alley, an offence involving a knife, and the other one – committed with the help of words, accusations, insinuation and mental abuse of the victim. Lipstick’s main character, Michal Pawluk is a policeman, with an obsession of capturing and punishing dangerous psycho killer – he is decided to do it at any cost. Situation seems to be simple: crime and punishment. Motivations of the characters though, are far away from being simple. This comic story contains drastic scenes, shows horrible crimes. But the worst of them is the one you can’t see”. The action takes place in Cracow, so those, who know the city can see a bit of familiar places.

From a time perspective I look at “Lipstick” with warmer feelings, I used to criticize it a lot, back in the days. Working on this book was a pretty hardcore experience to me – not only because of the script (packed with violence), but also simply because it was my first long comic story. I tried to do my best to portray the evil. Later on pages from “Lipstick” were presented on a few group exhibitions: “Comic nach polnisher art” (Galerie Spedition, Bremen, 2006 – crazy, industrial location), “Comic Avant-grade” (BWA Gallery, Wroclaw, 2004) and “Polish female comic” (LZC, Bialystok, 2010). 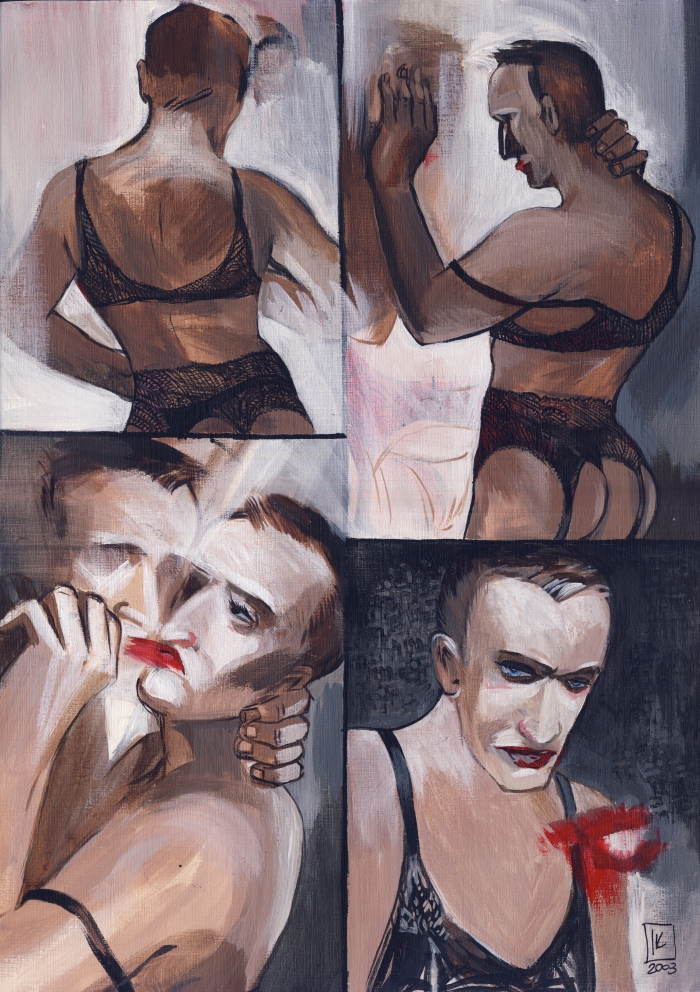 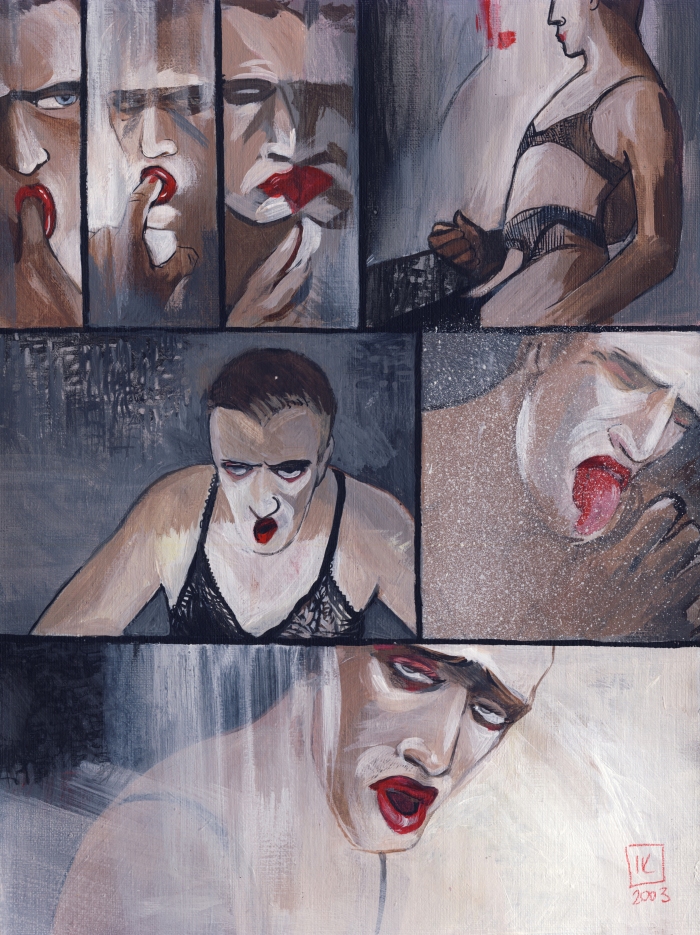 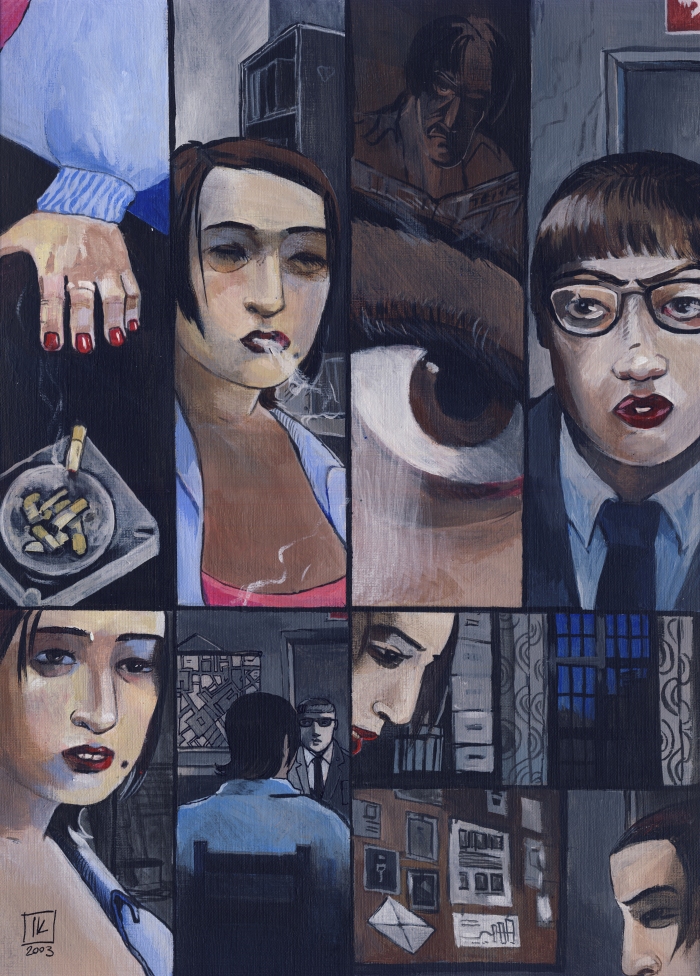 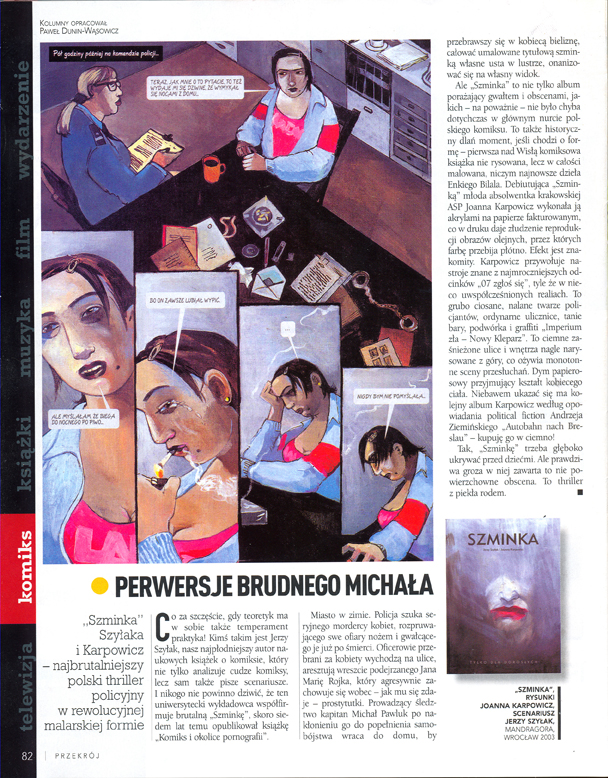